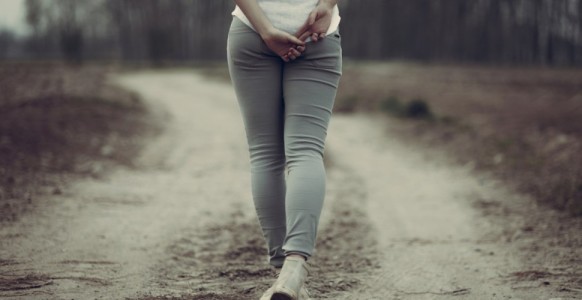 “How do you keep yourself from having self-imposed expectations on friendships?

How do you deal with a hardened heart towards someone who has intentionally hurt you?”

When I received this question, I immediately thought of a friend who has lived this out and could respond better than I could.  Her name is Leslie and what began as high school ministry (Leslie was 15 when I first met her) developed over the years into a mutual friendship.  Now, I’ll let her tell you a piece of her story.

Most of the time in life, it’s not circumstances that refine us—it’s relationships.

That sentence comes from an email I have had saved in my inbox for over 2 years from my sweet friend, Hanna, in response to a situation in which one of my very best friends had unintentionally hurt me.

I have had two opportunities to live out situations just like the question above.  The first time, I handled it poorly.  The second time, I had a chance to do it right.

The first time, I was in college and had asked a friend (who was few years older) to disciple me. Neither of us were really sure what discipleship should look like. I thought she looked a lot like Jesus, and I wanted to look that way too. We met regularly for about four months before the summer break. When we got back to school in the fall, we picked back up right where we had left off. Then one night, I had her over for dinner. To this day, I honestly couldn’t tell you her exact words, but what I heard was “you’re not good enough. I’ve spent all this time with you—and you haven’t changed.”

My knee-jerk reaction was to shut down. I started crying and told her to leave. The only way I knew how to deal with this kind of hurt was to pretend she didn’t exist. I completely ignored her for two months until she finally convinced me to talk to her. But first I sought advice from Hanna who gently reminded me in her email:

“I know you feel like you are the one wronged, but we don’t get to be victims when we know the Truth and live for Jesus.  We get to love people well–especially those who have harmed us.”

Unfortunately, I didn’t love that “friend” well. In fact, Hanna’s advice went in one ear and out the other. I handled the conversation and situation miserably because my heart was hardened. I expected her to know that she had hurt me because of what I heard her say. Because of my unspoken expectations, our friendship completely fell apart. I never expressed to her the true cause of my hurt, so my heart was never healed. It wasn’t until recently that I was finally able to forgive her.

Then more recently, the same situation happened again. Another close friend failed to meet my expectations.  She made a decision in our friendship that sounded a lot like “you’re not good enough.” And once again, my knee jerk reaction was to shut down.

After a long journey and God literally dragging me to a meeting with her, I finally gathered the courage to tell her: “You hurt me and because of that, I shut you out.” I had to be honest. I knew she could never live up to the expectations I had placed on her if she didn’t know how I was feeling.

Two major things I learned from the second go around.

1. I had to evaluate my motives and my expectations.

Many times leading up to the conversation I had prayed David’s prayer from Psalm 139:

“Search me Oh God and know my heart. Test me and know my thoughts. See if there is any offensive way in me and lead me in the way of everlasting.”

Before I could ever have that conversation, I had to evaluate my motives and my expectations. The first conversation that I had back in college, my motive was to hurt my friend as badly as she had hurt me. The second time around, my heart was broken, but I chose to react in an entirely different way. I wanted to move past the communication issues (she saying one thing, me hearing something entirely different), so that I could have my friend back. But in that conversation, I had to take responsibility for my role—for my unspoken expectations and my poor reaction.

So what are your motives and expectations?  You need to be able to clearly articulate and evaluate them.

2. I learned that I had to communicate well.

Often times our expectations are not met because we don’t communicate well. I had very clear, unspoken expectations of both of those friendships.  Both failed to meet them and neither knew how badly they hurt me, so it was completely unfair for me to hold a grudge over something they didn’t even know they did.

People, much like things, are best held loosely. When you hold them loosely, you free them to play the role they were meant to play in your life. Often times friendship are for a season, sometimes they’re for a reason, but every now and then they’re for a lifetime. It’s ok to have expectations, but you only set yourself up heartache when you don’t communicate them well. However, your expectations of another person do not free you from your own responsibility.

The great temptation is to cling in anger to our enemies and then define ourselves as being offended and wounded by them.  Forgiveness, therefore, liberates not only the other but also ourselves. -Henry Nouwen

Did you enjoy this blog?

to receive weekly posts from Hanna straight to your inbox.