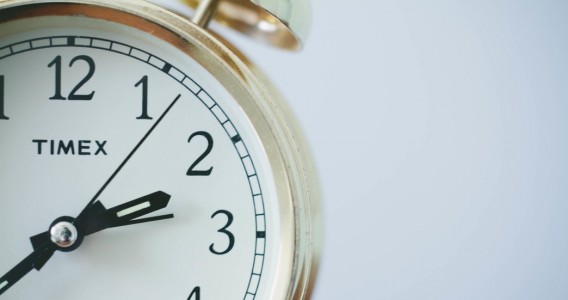 “I’m struggling with waiting for the ‘right’ guy.”

If I make assumptions from this statement, I can go two ways with this. 1- You are bored and/or just tired of being single, so you are considering dating someone that you know isn’t a good match for you.  Or 2- You aren’t dating anyone, and in fact, you’re turning guys down, because you don’t think he’s the “right” guy or–gasp– The One.

Now, let me clarify, when she said “I do” and committed to spend the rest of her life with my dad, then he became “the one.”  But he wasn’t literally the only man in the world that she could have married and had a great life with.  She used to say that you could throw her in a room with about 100 men, and probably 10 of them would be men she could have had a strong marriage with.  That may be a simplified analogy, but the point is, there isn’t just one person in the world for you.  I don’t know why in Christian culture we decided that God made you, literally designed you, to marry one specific person out there (and vice versa), but that’s frankly not Biblical.  Beyond Adam & Eve, it’s hard to find a match “made in heaven”, where God literally had plans for one specific man and one specific woman to marry.  [Please email me with questions and angry thoughts about this. I’d love to dialogue with you about it.]

All of that said, quit waiting for a sign from the Lord to tell you to date some guy.  I remember a friend from middle school who used to say she’d know it was the man God wanted her to marry, when he showed up on her door step to pick her up for a date with a bouquet of carnations.  1- What sane girl likes carnations?!  Even in 8th grade, I knew that was the ugliest, cheapest flower.  But I digress.  2- COME ON. You and I can both see how ridiculous that sounds, but honestly, a lot of girls/women out there have some pretty similar ideas about how they will know he’s “the one.”  So, news flash, there isn’t “the one” out there, desperately searching to find you.  So, say “yes” the next time a good guy asks you out on a date.  Get to know different guys, date several, find out what you like and what works for you.  You might be surprised!

And back to #1.  You are bored and/or just tired of being single, so you are considering dating someone that you know isn’t a good match for you. All I can say to you is hang on, sister.  There is nothing worse than dating the wrong guy.  Trust me.  It may not even be bad at the time (though usually it is), but there will definitely be consequences later.  Yes, I am a huge proponent of dating and getting to know people.  But that, in no way, means I am a proponent of you dating just for the sake of dating.

Dr. Meg Jay has a phenomenal book (The Defining Decade) about the habits we form in our twenties.  In one chapter, she confronts a patient who is always “dating down” (dating guys that are lesser than, not treating her right, etc.)  Her patient responded, “It’s just practice.  The twenties are a dress rehearsal.”  Dr. Jay’s response was, “And look at what you’re practicing.  Consider what part you’re rehearsing to play.”

I couldn’t say it any better.  Don’t practice or rehearse a story, a life, that you don’t want in the long run.  I know it’s no fun to be single for long periods of time, but it’s not worth dating the wrong guy to fill the void.  You deserve a guy who adores you and who you adore back.  Wait for it.

The best advice I can give you is from Kevin DeYoung:

7 thoughts on “Waiting for the “right” guy…”