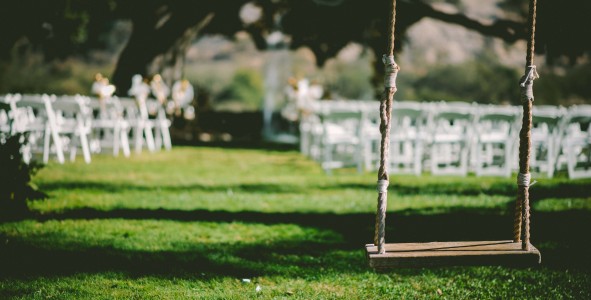 “I thought I would marry him.”

Actually there have been 3 him(s).

To this day I thank Jesus I didn’t marry that boy. He broke up with me the end of my junior year of college and it was a GOD-sized intervention. I would never have broken up with him. I was determined to marry him. Partly because I thought that was how it was supposed to happen. You went to college, dated a boy, and married him. Partly because we crossed many physical boundaries that I was determined to “right” by marriage. I was 21.

Okay, this wasn’t a literal one night stand, but I met a guy at a wedding and remember coming home to my best friend and parents saying, “I think I met the guy I’m going to marry.” Guess what happened? He never called. I mean, I didn’t even DATE that guy, I just got caught up in some crazy chic-flick plot where I thought I fell in love one night while two-stepping on a dance floor. I was 25.

We had been good friends for 2 years. I patiently (and sometimes not-so-patiently) waited for him to get a clue and realize he was dying to date me and make me his girlfriend. He finally did. And I thought that was it. So did everyone around me. We seemed like a perfect fit. Now, I know you are a smart person and know where this is going. He broke up with me. I was 28.

I thought I would marry him. Not one time, not even two times, but THREE times, I thought I had found my lets-have-an-awesome-life-together partner.

Why am I telling you this? Lord knows I don’t want to be posting this on the world wide web.

I’m telling you this because I keep hearing this story from other girls’ mouths. I keep hearing the same story, “I thought he was The One….BUT….” and then, every one of us feels like a certifiable crazy person.

I didn’t feel as crazy with The College Boyfriend. I was definitely confused, but I didn’t feel crazy. I felt lock-me-up-in-an-insane-assylum-right-this-freaking-moment CRAZY MAKER with the One Night Stand. I mean, really, “how could I have been a bigger idiot?” (I often repeated to myself.) I felt shame, deep sad shame, when The BF/BF didn’t work out. Three times. Three very wrongs.

Now, listen very closely, because I need you to hear what I am about to say or all that I wrote above just goes into the “Hanna embarrasses herself for no good reason” box. Are you paying attention?

YOU ARE NOT CRAZY.

I know you feel like it, but you are not. It’s not crazy to be dating someone and hope you marry him. It’s not crazy to have hopes of marriage, hope for a life partner who you can share all the highs and lows with. You are not crazy. You have been wired to desire human connection. It is totally normal for you to desire marriage, one type of human connection. (One that God designed, I might add.) It’s okay for you to want those things and it’s okay when you thought a relationship would work but it doesn’t. You are not crazy.

YOU ARE NOT ALONE.

I told you about my three “I thought I’d marry him(s)”, because I need you to believe that you are not alone. Those of you who know me, know that I am a pretty level-headed, take-life-as-it-comes girl. I don’t know what color my bridesmaids will wear; I have no clue what type of wedding dress I’ll want; I actually can’t even imagine having a wedding. I have never fantasized about any of those things. I don’t meet guys and immediately wonder if they’ll be my husband. My brain just doesn’t wander there. But I still hope to get married some day. And therefore, some times (three times to be exact), I genuinely thought I had found the guy I would marry. So you’ve been wrong, I’ve definitely been wrong, and –oh– there are about a bazillion other women who also fall into this category.

IT’S OKAY TO BE WRONG.

This has always been the hardest part for me. If I was wrong, well first- I’m embarrassed to be wrong. I actually hate being wrong. And that somewhere probably loops back around to me feeling crazy. But more importantly, if I was wrong, how could I ever trust my heart/gut/intuition again? If I thought I would marry The BF/BF and was wrong, why would it be safe for me to date again? I was obviously wrong and therefore cannot be trusted to make any sort of decision on romantic feelings. RIGHT?! Of course, not.

It’s okay to be wrong. Life rarely goes the way we plan. And that’s okay. It doesn’t mean you’re not to be trusted, it just means life didn’t happen the way you thought or planned. Once again, let’s join the other bazillion women (and men) that fall into that category. Also, let’s remember we have a Sovereign God who is in control all the time, is in every intimate detail of your life, and loves you more than you can comprehend. If you can’t trust yourself because you’ve been wrong one (two or three, ahem) too many times, trust HIM. He’s got you.

So you thought you’d marry him but it didn’t work out. It’s okay. You are not crazy; you are not alone; and it’s totally okay to be wrong. I promise.

11 thoughts on “I thought I would marry him.”